Bitcoin and Ethereum, are they really brothers?

With the rise of virtual assets, users trades their cryptocurrencies between them in an indistinguished way, however, deep down there is much to talk about. Being the Bitcoin the first developed cryptocurrency and the Ether the second most used cryptocurrency, it is worth making an analysis of the operation of both.


Bitcoin is stored in transactions injected on a chain of blocks (blockchain). Each block contains several transactions made with the signatures of each of the issuers. The signatures are made by a cryptographic algorithm using a pair of keys (public and private) of each of the issuers of the transactions. And so we can make the comparison that a block contains a X amount of bitcoins and is distributed in different envelopes, called transactions, and these envelopes contain a specific amount of bitcoins.

From the above we deduce that the amount of bitcoins belongs to the unspent incoming transactions and not on the addresses of the users wallets, but they are associated to them due to the signatures made with the key pair of the user's wallet. 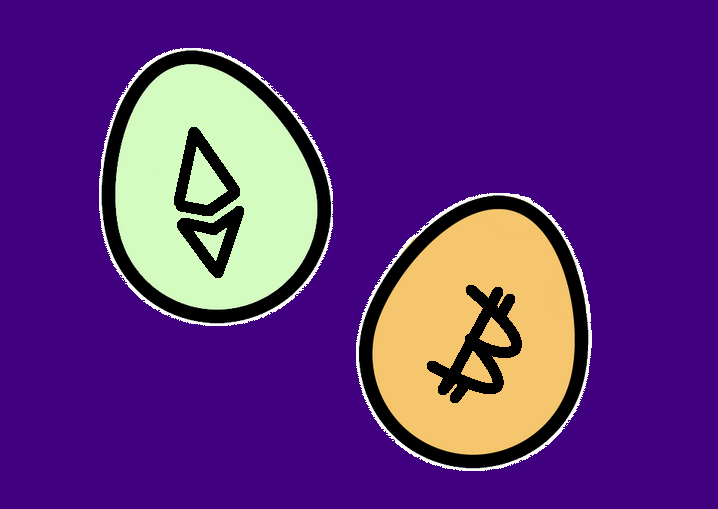 And what about Ethereum?


Ethereum is a payment platform with different cryptocurrency types that, despite using the blockchain model, has the advantage of using smart contracts between pairs of users, so that different applications can be made over the Ethereum network, even if not associated with cryptocurrencies or non-financial.

Due to the use of intelligent contracts, the protocol for transferring a cryptocurrency within the platform is directly, it is directly associated to the user's wallet address and generates confidence in the participants. Also they can even make smart contracts with an institution or financing.

In summary, the user who sends an amount of Ether on the Ethereum platform sends it directly to the user's wallet.