In the midst of the tensions produced by the trade war between the United States and China. There is a clear winner, Bitcoin, which has recovered its price to 12,000 USD again. Amid the biggest drop in the Yuan price in recent years, it dragged several of the Fiat-based indicators, such as Dow Jones and Nasdaq, down 2.9% and 3.4% respectively, however Bitcoin increased 6%. 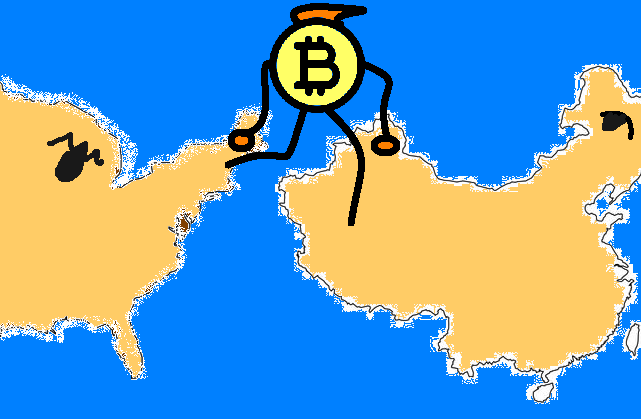 Thus we see once again how decentralization is more stable when governments or central entities have conflicts or whose currencies are at risk of being manipulated, affecting their value and dissatisfaction of investors, due mathematical patterns that have carefully studied are broken, product of particular interests rather than a careful study and the experience of investors. Then we can say that investors get panic.


However, cryptocurrency investors have benefited from the instability of Chinese and US currencies, to the fact that not only Bitcoin is experiencing an increase, but a wide variety of cryptocurrencies, particularly those alternative currencies that have had more support. in the ecosystem, after Bitcoin, like Ehtereum, Litecoin, Dash, Bitcoin Cash and Ripple.